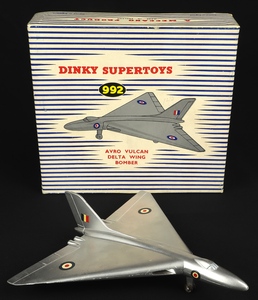 The Vulcan Bomber aircraft has achieved almost mythical status – it is such a rare piece and to find an example in this very close to mint/boxed condition, is enough to take any Dinky collector’s breath away! 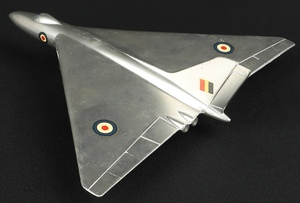 This is a Canadian export model and although it is difficult to be absolutely precise, reputedly only 500 or so were made between 1955-56. The model was too heavy to be cast in Mazac so the decision was made to cast in aluminium. Due to the difficulties in casting, only a limited number were made and all were exported to Canada. Original decision to assign this aircraft a Supertoy number 749 was made (hence the number cast on the underside of the model). However, this decision was altered almost immediately, and the number 992 was decided upon, although the tooling was never altered accordingly (hence the discrepancy between the number on the aircraft underside and the box!).
This is undoubtedly a striking and eye-catching aircraft finished in sleek, bright silver with fresh-looking RAF roundels on the wings and transfers in red, white and blue on the tail.
In very close to mint condition, one may find the occasional slight mark if one searches hard enough! Tiny nick to one of the roundels.
This is an especially difficult item to find boxed – and almost impossible to find in a box complete with the original blue card packing ring. 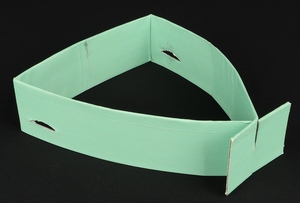 Dinky stamp inside the lid dates this example from March 1955.
Period price is faint on the lid. Deep blue lower half of the box has a small part-puncture on one side and a little scuff at one edge. Light storage crumple nearby. 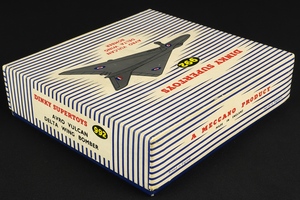 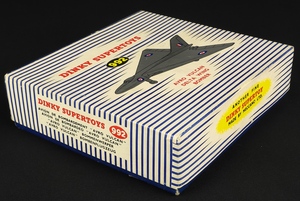 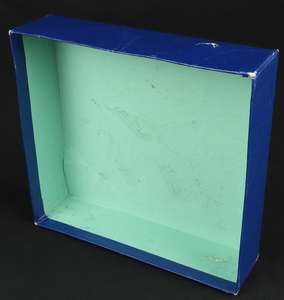 An exceptional piece – and we are thrilled to bring to light another one of these rare and iconic Dinky models. 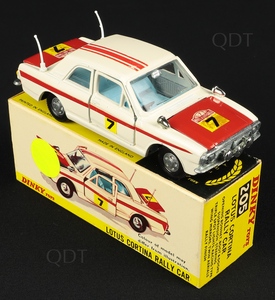 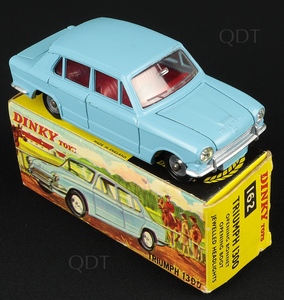 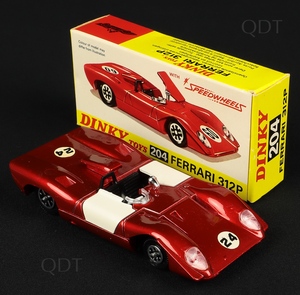