25 original Corgi Catalogues ( including some Interim Leaflets). Spans era 1957- 1970. Near mint plus (generally). Part of The Eric Morris Collection. 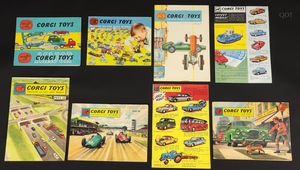 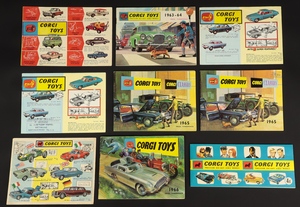 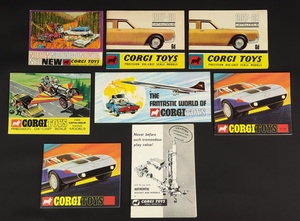 No tears. Light wear.
With a career in graphic design, it is no surprise that this collector developed a sustained interest in period Corgi advertisements. They encapsulate so much of the enthusiasm and creative inspiration that resulted in some of the iconic Corgi models that we remember and wish to own either for the first time now as adults or buy again, and perhaps this time relive the enjoyment of owning that must-have toy from our childhood. Nothing quite captures the mood of the time like the advertisements that ignited our wish to own the latest Corgi Toys we saw in the shop window!