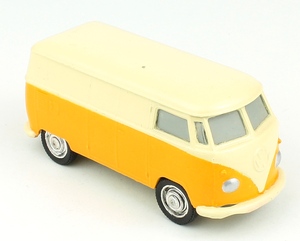 In brief, the history of this model at QDT:

1) Originally, this model came to us several years ago as part of the Austrian collection we were handling; several models in this collection were pre-production/prototype items, purchased directly by the Austrian collector as a consequence of his friendship with Marcel van Cleemput.
2) Purchased by the Monty Calme Collector.
The Monty Calme landmark Corgi Collection, covering the width and breadth of Corgi models amassed over decades by an exuberant collector. The Monty Calme collection was a truly astonishing gathering of the best of Corgi models and ephemera, including rare and unique pieces and point of sale items. The largest collection we have ever seen.
Monty says: “I bought this model from QDT several years ago now, as part of the property from Marcel Van Cleemput. I was so pleased to get this model – a later pre-pro in resin. Back then, collecting Corgi was such an exciting time for me, and I hope that the next collector who owns it will be as delighted as I was. Collecting Corgi has moved on leaps and bounds since then too.”

3) Purchased by The Cheshire Collector.

Now after several years, this pre-production model is back at QDT for the next instalment in its adventure.

A typical prototype model in resin for the Corgi 433 Volkswagen Delivery Van, although note that this particular colour combination never went into production. Little mark on the roof. Correct that the wheels are fixed and do not turn. 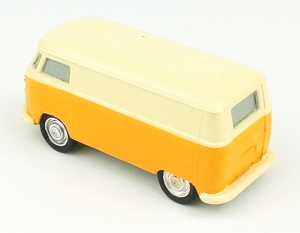 A unique piece of Corgi history. 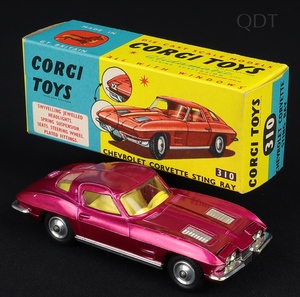 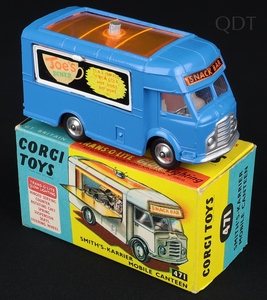 Smith's-Karrier Mobile Canteen by Corgi Toys, No. 471. Very near mint/boxed. From The Coastline Collection.