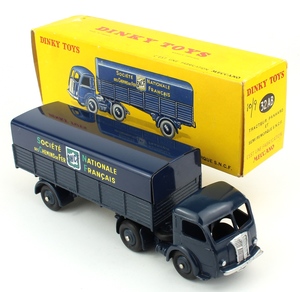 This version was produced between 1954-59, before its re-numbering to FD575 in 1959. A beautiful and unused example with a sleek deep blue finish and convex wheels. Complete logo and lettering on both sides. Do note that this scarce version has the first letter in each word in blue-green. Green background to the map is darker too. 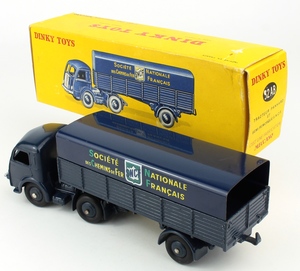 Few minor marks to the lustrous finish as well as a few light scratches to the tinplate tilt. Nice original lustre throughout makes this a superb display piece.
The box has is bright, clean and fresh. Heavy crease to one end (non-picture surface) with a small area of surface loss. End crumple.
A classic Dinky model which displays so well.