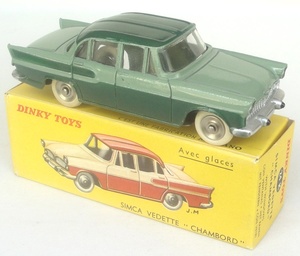 Finished in two-tone green with original silver detailing and trim. Issued during 1959. Bright concave wheels with not a trace of tarnishing. Clean original tyres (although one is rather mis-shapen now). In original condition throughout. 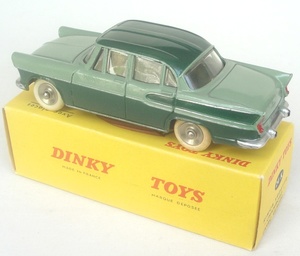 Couple of minor marks only.
The box is clean, brightly-coloured and complete. Crisp, with minimal handling wear. Only the most minor wear.
Very nice! 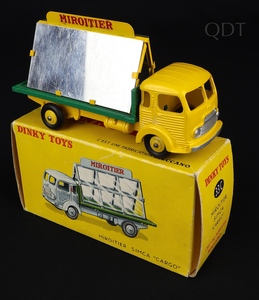 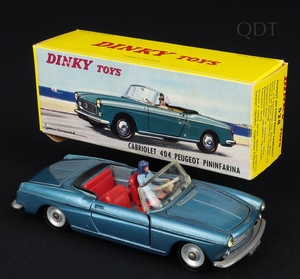 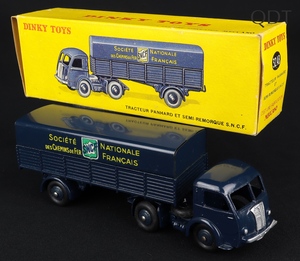